Minister of Information and Culture, Lai Mohammed, has fired back at the United States of America after the country warned its citizens against travelling to 20 Nigerian states, The Cable reports. 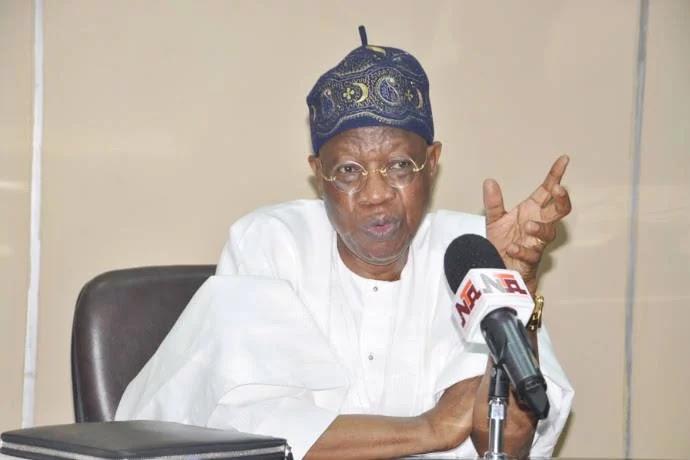 In a statement released on Friday, August 5, the US said: “The ability of the Mission to provide assistance to U.S. citizens in Adamawa, Borno, and Yobe states remains severely limited. The Department recommends against all but essential travel to the following states due to the risk of kidnappings, robberies, and other armed attacks.

“The U.S. Mission advises all U.S. citizens to be particularly vigilant around government security facilities; churches, mosques, and other places of worship; locations where large crowds may gather, such as hotels, clubs, bars, restaurants, markets, shopping malls; and other areas frequented by expatriates and foreign travelers.

“Security measures in Nigeria remain heightened due to threats posed by extremist groups, and U.S. citizens may encounter police and military  checkpoints, additional security, and possible road blocks throughout the country.”

However, the assertion from the US didn’t go down well with Mohammed, who said that no state in Nigeria is unsafe.

The minister noted that US itself has been the subject of terrorism attacks, as there is no week when a killing is not recorded.

He said: “Recently, all the newspapers carried the negative story that 20 states in Nigeria are not safe, according to a US report.

“We are in Nigeria, how can we believe the claim that 20 states in Nigeria are not safe? That is not correct. There is no state in Nigeria that is not safe today.

“Is there any week they are not killing people in the US by either shooting in schools or driveways, or people committing suicide or mass bombing?

“How many of these stories do their media celebrate? If they want to tell their people not to come to Nigeria, it is not for us to help them propagate it.”

Mohammed also urged the media and members of the association to complement efforts of government to re-position the tourism sector, saying the sector is driven by perception rather than reality.

He implored every Nigerian to invest in perception management for the country as he urged leaders in the public and private sectors to help promote local tourism by spending their vacations and holidays at tourist sites within the country.

Recall that Alhaji Lai Mohammed had said the President Muhammadu Buhari-led administration had fulfilled its campaign promises to address insecurity, fix the economy and fight corruption.

Speaking at a meeting with the members of staff of the Nigerian Embassy in Madrid, Spain, he said Buhari was on the right track.

He noted that when Buhari took over power, 14 of the 20 local government areas of Borno, four in Adamawa and three in Yobe were under the sovereign authority of Boko Haram but with proactive measures, Buhari’s administration has been able to curb the activities of the insurgents.