Simone Manuel, 20, has made history for the U.S., setting a new Olympic record in the 100-m freestyle and becoming the first black woman to win an individual swimming gold. 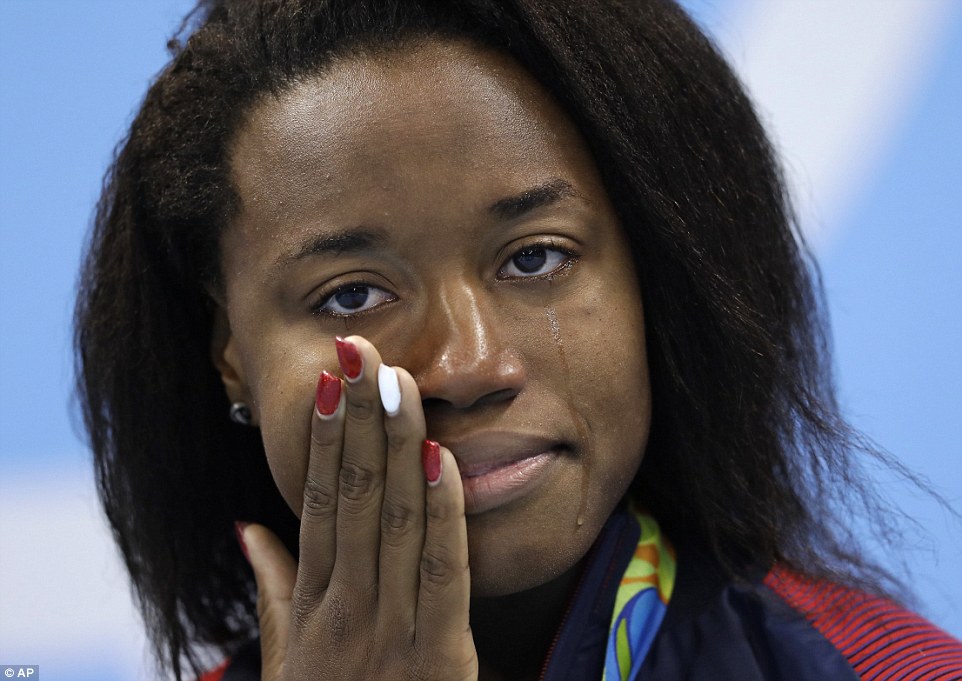 She is also the first American to win the 100m freestyle since the 1984 Olympics. 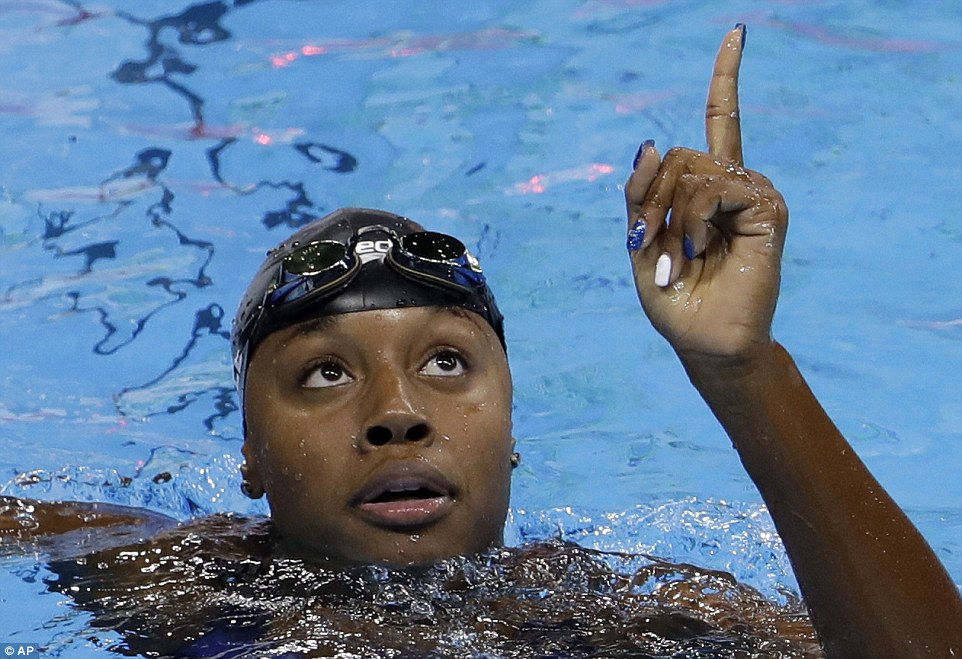 After her race, the teary-eyed Stanford University student, said:

'This medal is not just for me, it's for a whole bunch of people who have come before me and have been an inspiration to me,' Manuel said. 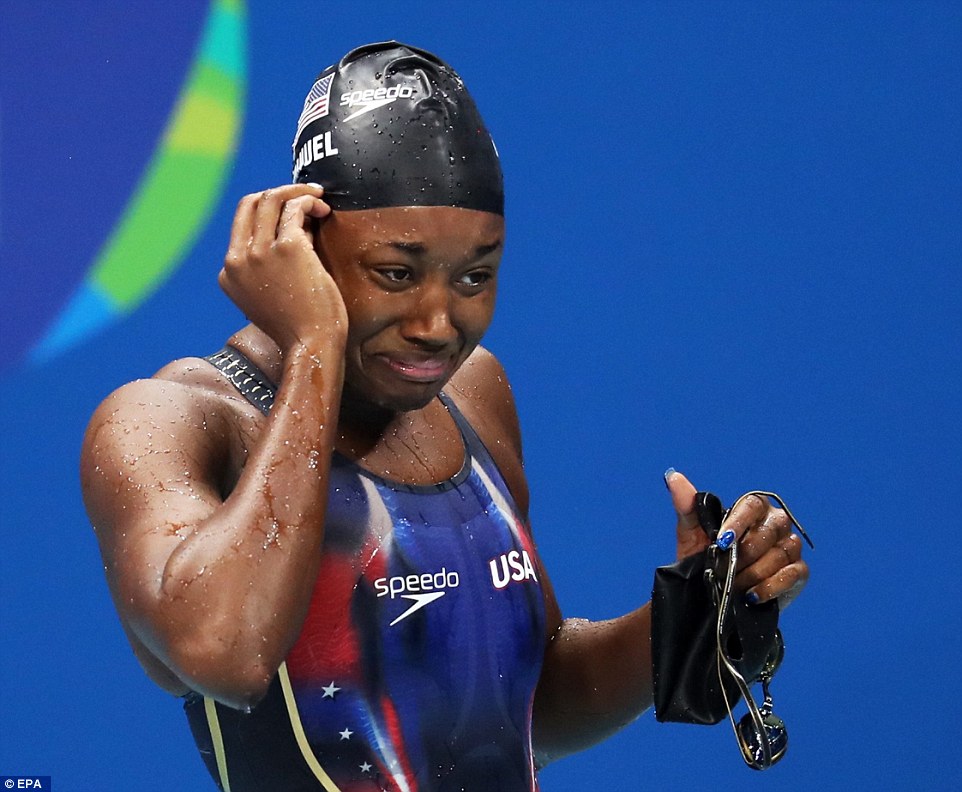 'And it's for all the people after me who believe you can't do it,' she added, getting emotional as she basked in the glory of victory. I just want to be an inspiration to others that you can do it.'

She said that while she was proud to become the first American black woman to medal in an individual swimming event, she hoped to get to a stage when race was no longer even an issue in the sport. 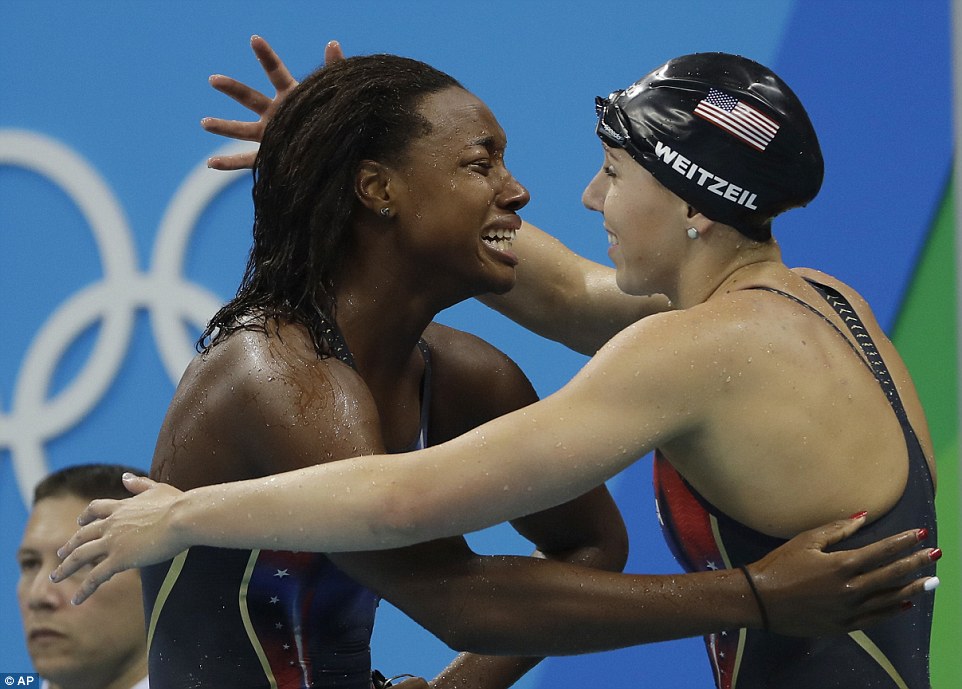 'I'm super glad that I can be an inspiration to others and hopefully diversify the sport,' she said 'But at the same time, I would like there to be a day where there are more of us and it's not like 'Simone, the black swimmer,' because the title 'black swimmer' makes it seem like I'm not supposed to be able to win a gold medal.' 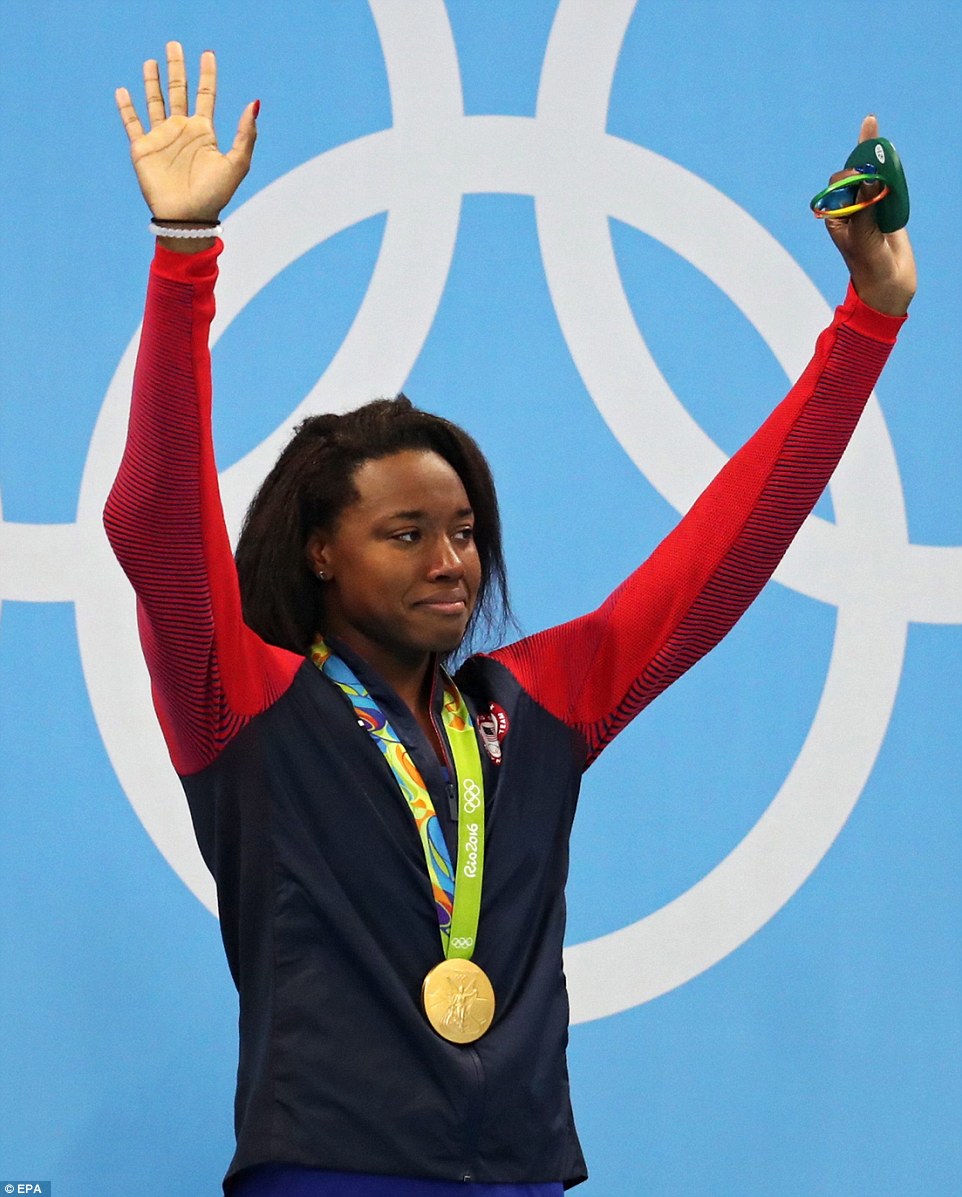 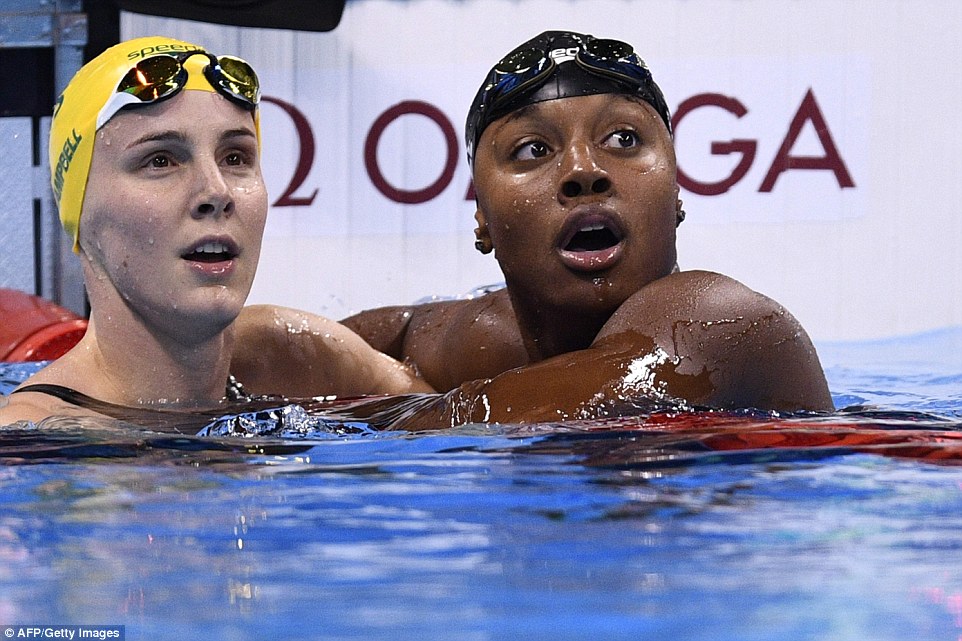 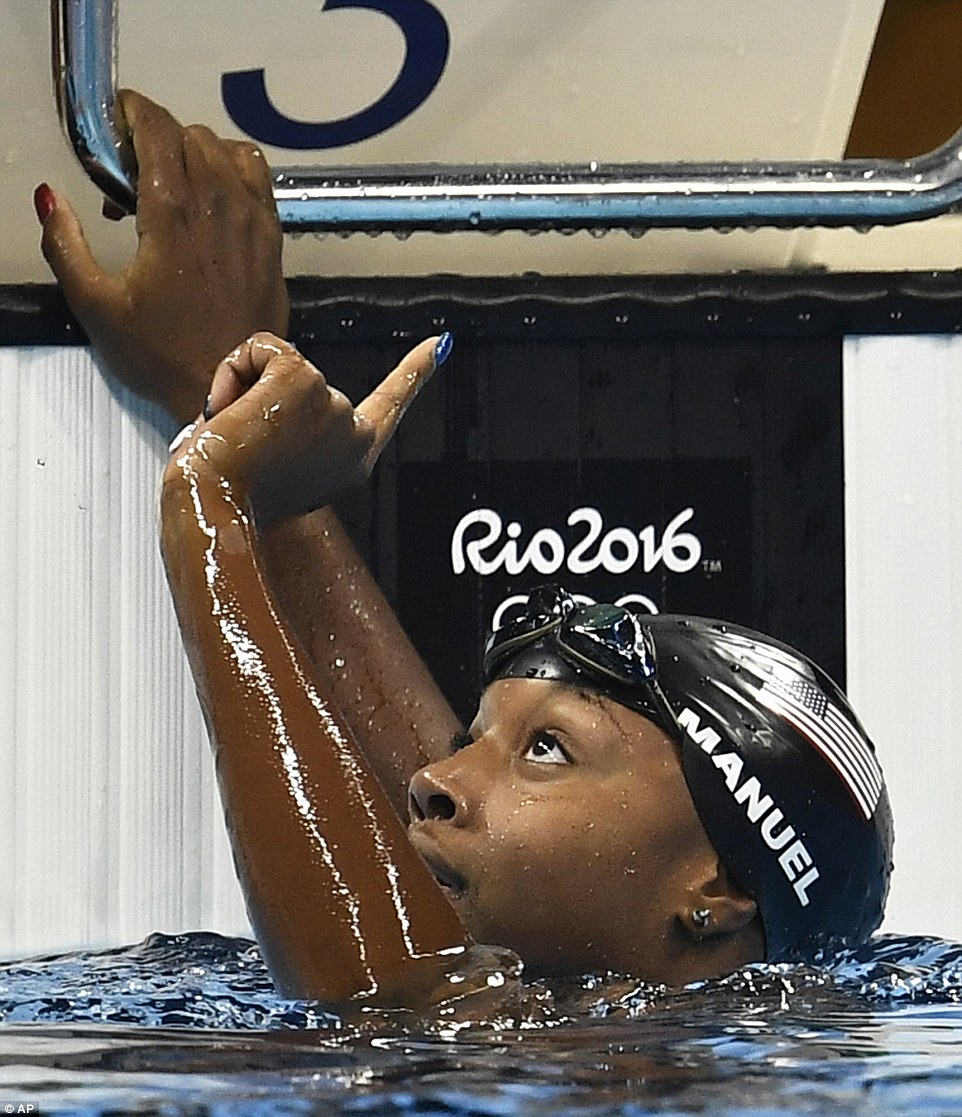