The Ogun State Police Command has arrested a housewife, Fatimoh Olanrewaju, for allegedly breaking arms and legs of her 5-year-old stepson, Iyanu. 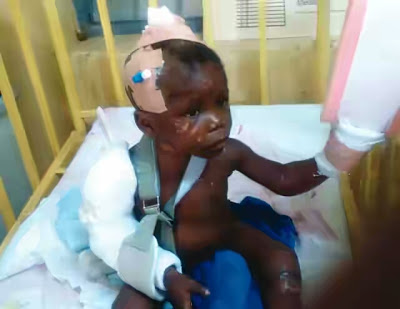 Also the suspect is in custody of the Anti-Human Trafficking Department of the Command.

The biological mother of the victim was said to have divorced the father about two years ago,and the victim had been living with his stepmother and his father.

The stepmother was said to be in the habit of maltreating Iyanu.

The last straw was the recent attack on the Iyanu, which resulted in fracture of the arm and leg, which made the neighbours to invite the police.

The victim was said to have been on admission at the FMC, Abeokuta since Thursday, August 11.

The acting state Police Public Relations, Abimbola Oyeyemi, confirmed the incident,as well as the arrest of the suspect.