Shocking footage that shows police officers laughing after shooting a mentally ill man they believed was using cocaine with a taser and tackling him to the ground before he died in custody has been released. 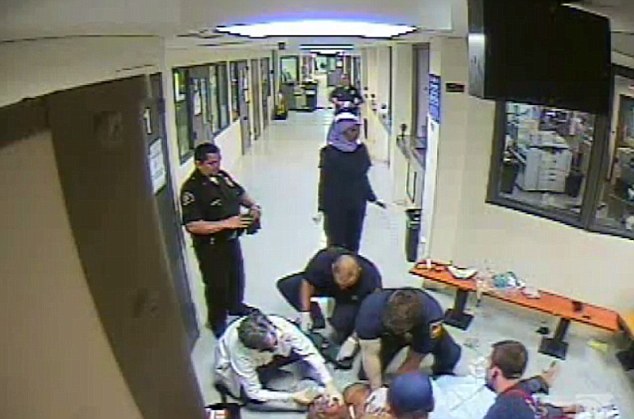 Vachel Howard, 56, was taken into custody on June 4, 2012, after officers stopped him because they believed he was driving under the influence.

While inside the Los Angeles Police Department 77th Street Jail, the grandfather-of-seven was strip-searched, despite him telling officers he suffered from schizophrenia. 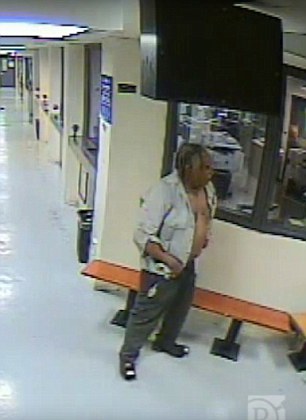 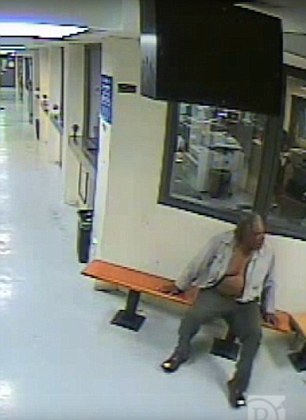 Now, for the first time, security camera footage of what happened inside the police station in the moments leading up to Howard's death have been published by ProPublica.

The video, which was at the center of a legal claim by the 56-year-old's family that saw the City of Los Angeles pay $2.85million in a wrongful death case in October last year, Howard's tragic final moments.

The video starts by showing officers lead Howard inside the station, before they sit him down on a bench and handcuff him to it.

The grandfather, whose shirt is still open after he was searched, then becomes upset and waves to get someone's attention. 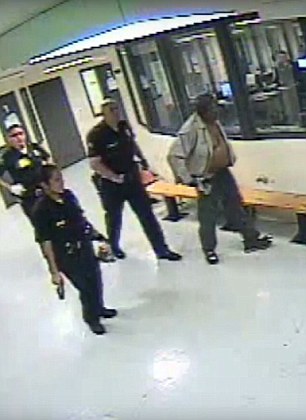 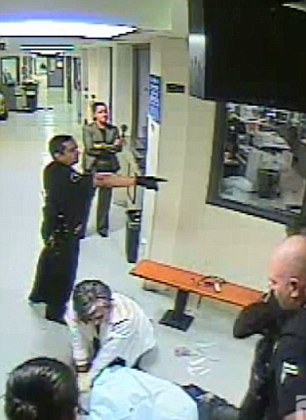 After uncuffing him and walking him towards a nurses office, an altercation breaks out just out of view of the camera.

Court documents say he refused to be treated by the nurse, and started flinging his arms around wildly when officers tried to restrain him.

Howard then comes back into the frame while being tackled by four police officers, one of whom shoots him in the back with a taser. 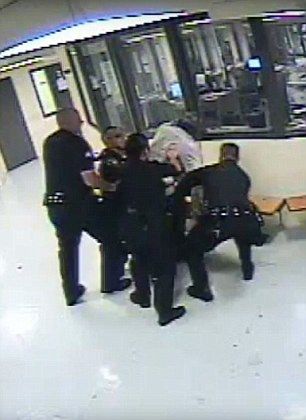 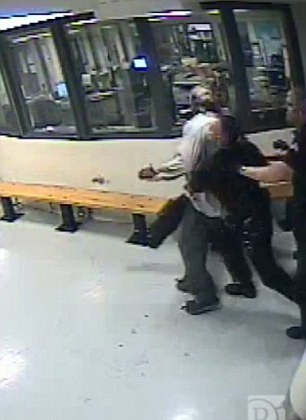 He is then slammed to the ground, with one of the cops, officer Juan Romero, appearing to have the 56-year-old locked in a chokehold. 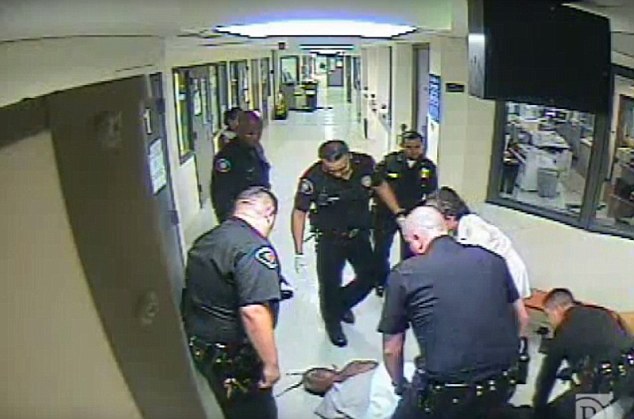 A short time after, Howard has stopped moving and the officers smile and laugh with each other, according to ProPublica.

Nearly four minutes after he was first seen motionless on the floor, a staff member who appears to be a doctor is filmed desperately trying to resuscitate Howard.

Nurses and doctors worked on the man for nine minutes before an emergency services team arrives.

He was then taken to a local hospital where he was pronounced dead. A coroner's report said the 56-year-old had hemorrhages and fractured cartilage in his neck.

During an investigation into the death, Officer Romero said he applied the chokehold for just a few seconds, because Howard 'seemed impervious' to the taser, according to CNN.

Romero also said Howard tried to bite him, and that he believed the grandfather posed a deadly threat. 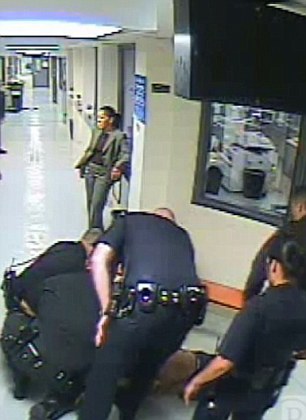 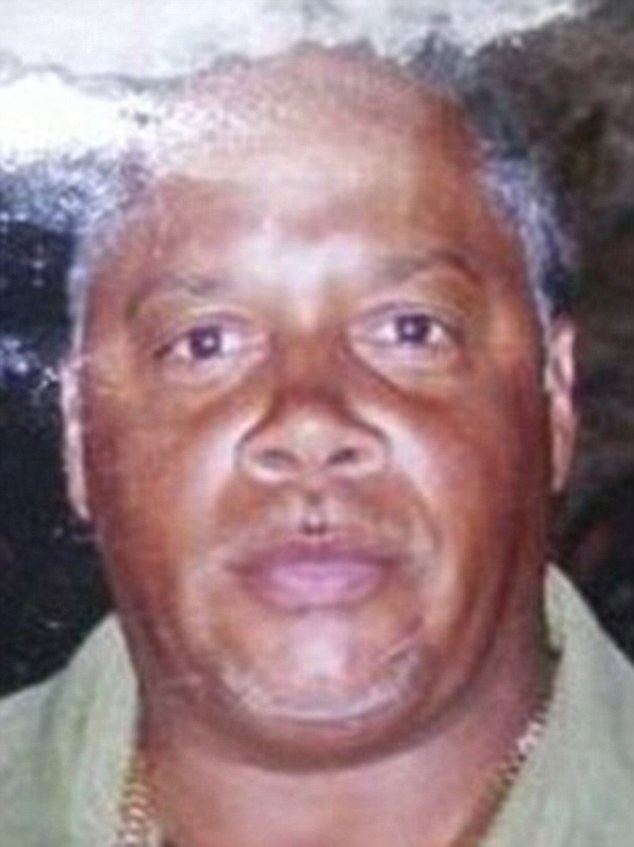 However, that belief was rejected by the city's police commission, which ruled he broke protocol in applying the hold.

The death was officially deemed a homicide, however Los Angeles District Attorney Jackie Lace decided not to bring charges against Romero.

Howard's family said their father, who had cocaine in his system when he died, had a history of drug use in his past but believed he was no longer using.

'He said his family was more important, and he wanted to be there for my kids,' his daughter, Tushana, told ProPublica.

'Someone’s past doesn’t determine who they are in the present and people shouldn’t assume the worst.'

She added that her father was considered by many to be a 'gentle giant'.