A notorious high-security prison in Colombia allowed 17 of its inmates to get married yesterday to their long-term girlfriends. 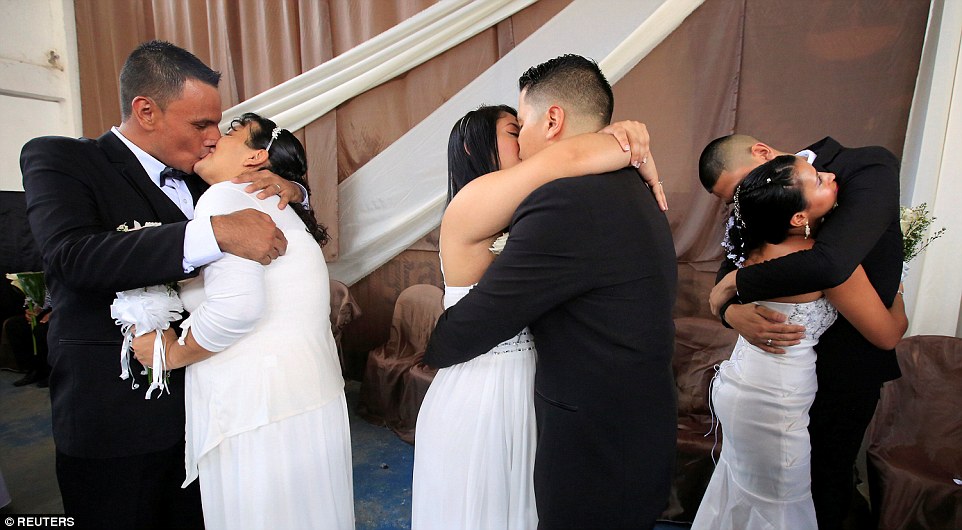 The mass ceremony at the Carcel Villa Hermosa prison in Cali, Colombia saw the happy couples sign up to spend the rest of their lives together, once their husbands have completed their jail terms. 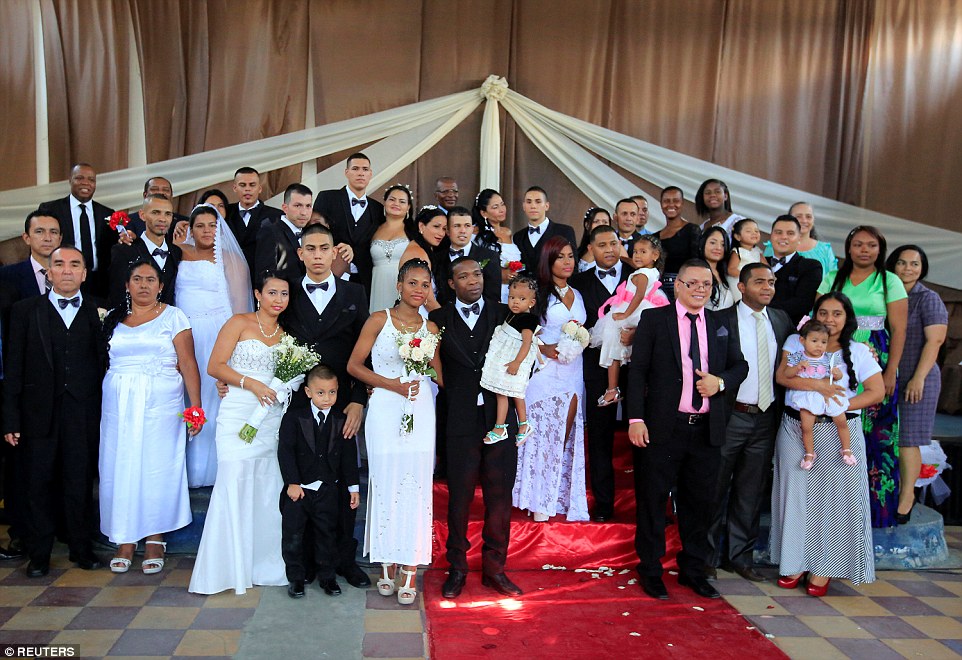 The 17 brides, all dressed in white, entered the prison and made their way through a series of barred gates before entering a large hall in the prison. 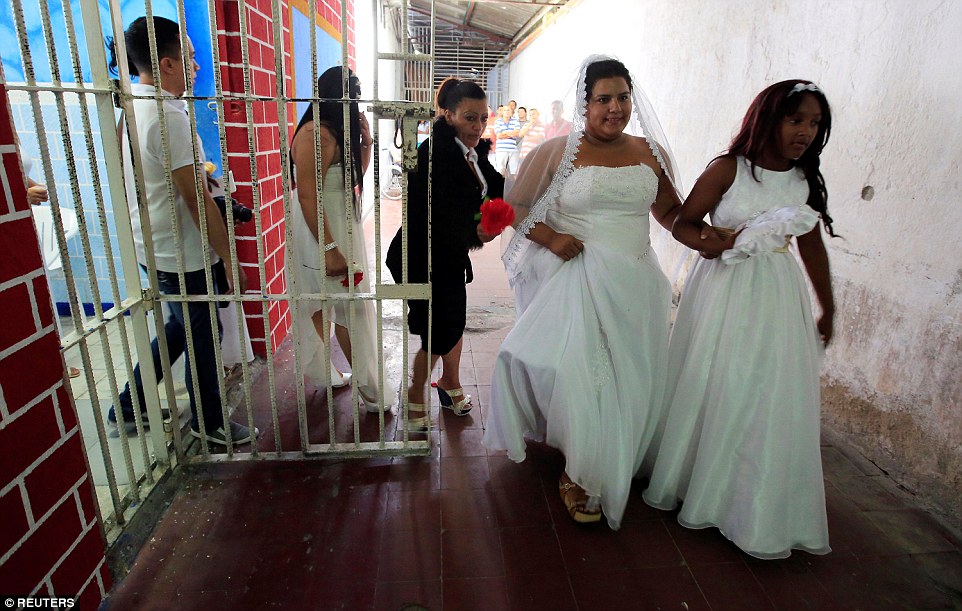 The jail, which is among the most notorious in Colombia is in the troubled north western city of Cali.

One of the inmates Oscar Ivan Henao, 39, had planned to get married to Magda Gonzalez, 31, after she fell pregnant. The couple were ready for the ceremony in April until Henao became suddenly and unexpectedly indisposed after being convicted of 'attempted extortion'. 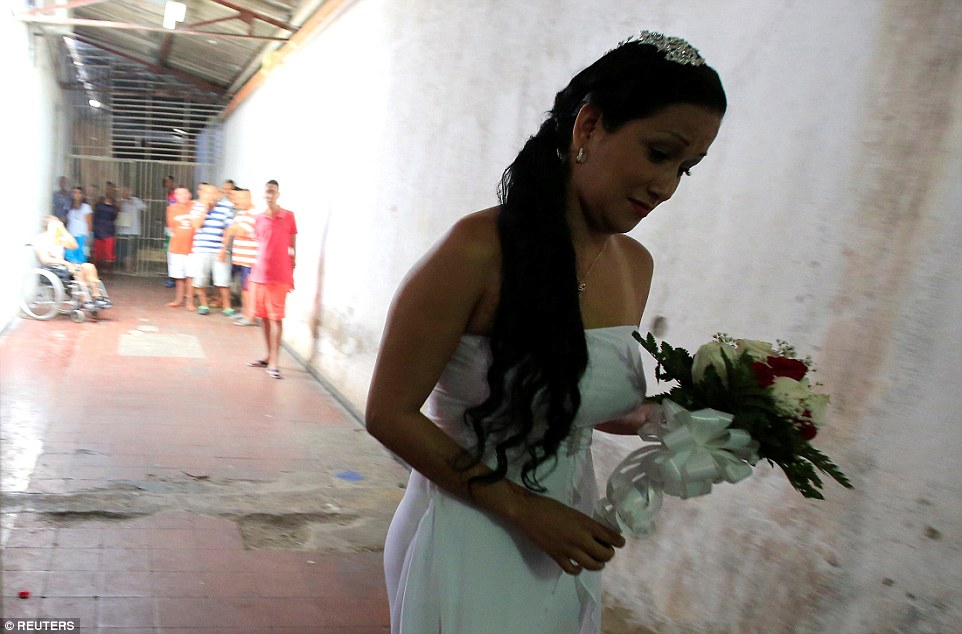 He was jailed for 18 months for his crime. So, when he got married on Friday, it was also his first chance to meet his 16-day-old son. 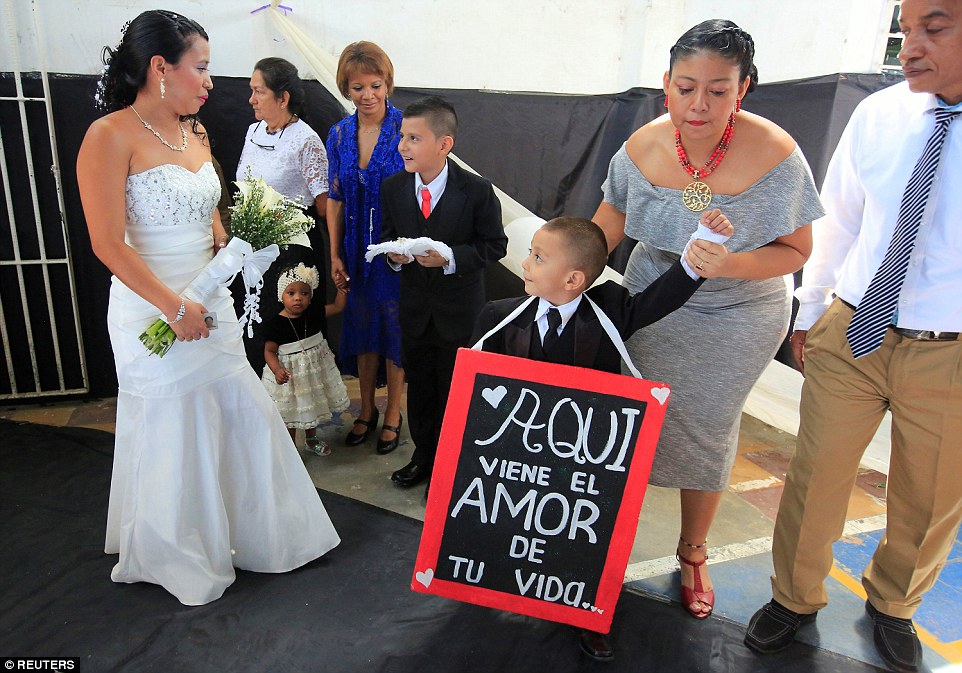 Now he hopes prison authorities will allow him to complete the remainder of his sentence under house arrest, enabling him to spend time with his infant son. 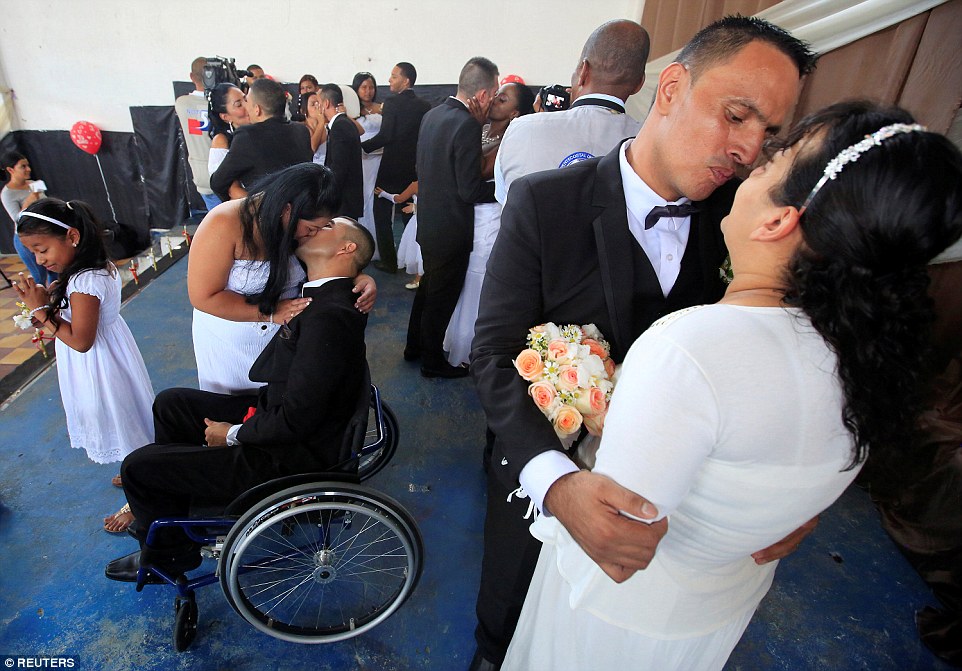 The marriage event is part of social work in the jail. Prison authorities hope that by getting married, the men will be able to reintegrate into society.

The jail itself is horribly overcrowded with more than 6,200 crammed into a space designed for 1,500. 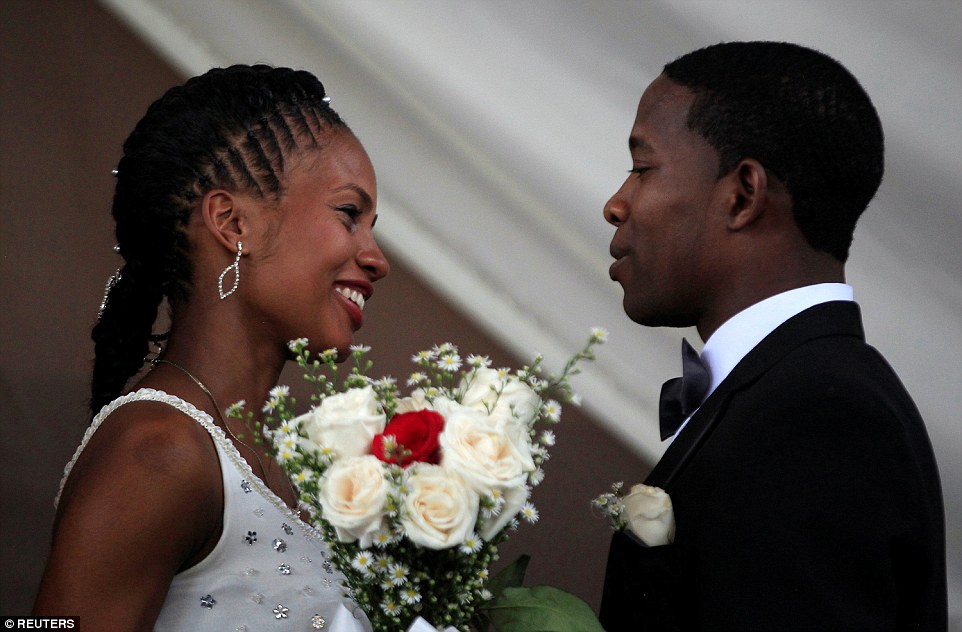