A Boko Haram attack on Kuburvwa village of Borno State has left at least 11 people dead. 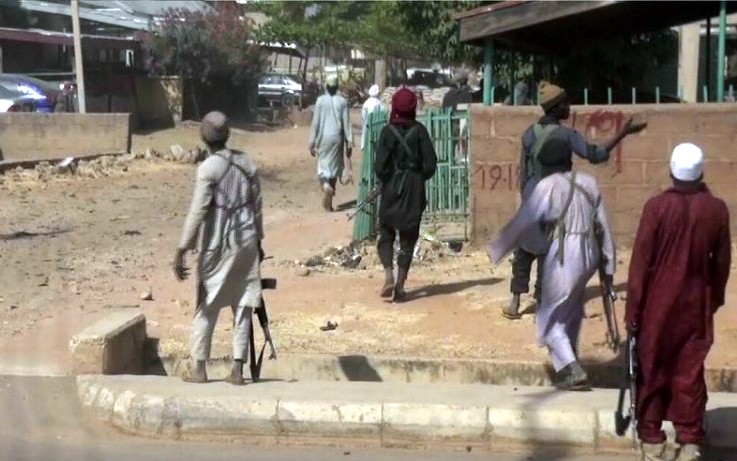 Residents of the agrarian community said they buried 11 corpses on Monday after the Sunday evening attack.

Several women and girls living in the community, close to Chibok were over 200 girls were kidnapped in 2014, are also yet to be accounted for.

A local security operative, who craved anonymity for safety reasons, said that “many women, mostly married, were raped while others were taken away by the gunmen”.

The spokesperson of the Vigilante Group of Nigeria, Abbas Gava, confirmed the attack to journalists in Maiduguri.

“The attack took place in Kuburvwa village which is located between Chibok and Damboa towns. According to reports we received from our operatives in that area, the Boko Haram gunmen invaded the village at night on Sunday and began to shoot.

“Many women, including house wives, were raped by the gunmen who also killed at least 11 persons.

“According to our men, who called us from Chibok, many people that fled the village into the bushes have not returned to the community as at Monday morning.”

Mr. Gava said his group, which works closely with the Nigerian military does not have “the exact number of women that were reportedly abducted by the gunmen.”

Nigerian security agencies are yet to respond to this latest attack by the terror group whom the government had claimed had been defeated.

The group’s activities have caused the death of over 20,000 people since the insurgency began in 2009. The activities have been largely curtailed in the past year and most of the territory they controlled have been reclaimed by the Nigerian government.