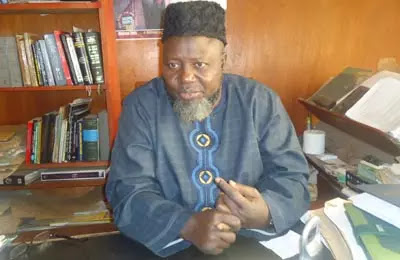 Minister of Communication, Adebayo ShittuThe proposed communication tax is one tax too many, and may trigger widespread reactions if the bill is eventually passed into law, writes OZIOMA UBABUKOH

Although the ‘controversial’ Communication Service Tax bill has passed the first reading at the House of Representatives, The PUNCH can reliably state that the major telecommunications companies in the country are all against it, and have vowed to do all they could to resist it.

For the telecoms firms and subscribers, it is seen as a wrong approach to generating revenue amid a sinking economy and an impoverished people.

“We are going to mobilise the Nigeria Labour Congress, the civil society organisations and the entire nation against it.

“We shall bring the government of Nigeria to a standstill should the lawmakers at the National Assembly continue with the process of passing that bill into law.

Upon passage and assent, the CST bill, which is currently in the Senate, will compel telecommunications service subscribers, including satellite television providers like DSTV, to pay additional tax on services rendered by their providers.

The others include GoTV, Startimes, CONSAT and other telecoms operators. Services such as voice calls, SMS, MMS, data and pay TV will all have an additional nine per cent tax imposed on the services; meaning that the subscribers will pay the usual cost of service, plus nine per cent of that cost.

“It is one tax too many. Already, there are 26 different taxes being paid by Nigerians. Again, all the various components of telecoms are being taxed; for instance, the Subscriber Identification Module card, handsets, among others, take about five per cent tax already,” Ogunbanjo said.

He said, “Again, the cybercrime tax that was signed into law last year takes 0.5 per cent of tax.

“Also, when the operators want to lay their fibre optic cables in Lagos, they pay a minimum of N500 per metre tax. And by the time they have laid the cables in several metres, that would have amounted to millions of naira in tax.

“It is even worse outside Lagos, where operators are charged many times over what they pay in Lagos.”

Business leaders, notably the Lagos Chamber of Commerce and Industry, say the Federal Government needs to balance its drive for taxation against the demand of the private sector to have a friendly business environment.

“We know that the government is seeking to diversify its revenue base. But it is also true that the private sector players would like to see an investment-friendly environment, especially in the light of the prevailing high cost of doing business in the country,” the LCCI President, Nike Akande, said.

According to her, the chamber believes that it is in the best interest of Nigerians to have a virile, robust and growing economy. “Creation of a good business environment is imperative to making this proposal happen,” Akande said.

The Partner at PricewaterhouseCoopers, Taiwo Oyedele, said the proposed communication tax as it affects the firm would be over N20m per month.

“But then they have constructed the bill on wrong assumptions and have overestimated, because if the tax on communication and Internet services will be increased, then definitely the users of these services will drastically decrease, resulting in them making way less than they anticipated and estimated,” Oyedele said.

He said research had proved that Nigeria was one of the lowest tax-compliant countries, despite having a population of about 180 million people.

“There are only 10 million taxpayers from the 36 states. Therefore, we expect that policies made should leverage the telecommunications sector to help expand tax rate, not imposing tax on telecommunication services, thereby discouraging the sector instead of encouraging it,” he said.

He stated that the government should focus more attention on tax evaders and increase the number of taxpayers, rather than imposing taxes on telecommunications, which might end up retarding the wheel of progress in the economy and country as a whole.

The President, Association of Licensed Telecoms Operators of Nigeria, Gbenga Adebayo, said the proposed law would lead to a decrease in the flow of revenue, as investors would take their investments to other countries with lower tax rates.

“Nigeria needs investment so as to provide employment, especially to our growing youth. Owing to that increase in call rate, there will be drastic reduction in the composition of data usage, as well as voice call, SMS, MMS, pay tax and the like, which will reduce usage and the country’s GDP,” Adebayo said.

“ALTON’s position as regards the nine per cent tax is that when the legislature is drafting policies, the policies should be investment-friendly, which will in turn be beneficial to the whole country and economy at large,” he added.

Meanwhile, findings from investigations conducted by our correspondent show that while Nigeria’s tax rates are not the highest comparatively, the country is doing very poorly in terms of the time taken to comply and the number of payments (which together impact negatively on the ease of doing business and investor confidence).

For the second graph (tax and regulatory payments), our correspondent found out that sales and sector-specific taxes constituted the largest chunk of tax payments.

However, the Minister of Communication, Adebayo Shittu, said there were many areas in Nigeria where there were no access to Internet, to telephone and the like.

“By 2018, we hope to have accomplished 30 per cent of widespread use of telecommunications in all the areas of Nigeria, but presently, we have accomplished only 10 per cent. But then there is a probability that with the nine per cent tax rate charge, accomplishing this will be almost impossible,” Shittu said.

A top executive in one of the four major telcos in the country described the communication tax as a “Greek gift.”

Pleading not to be mentioned, he said, “In fact, that is a Greek way of internally generating revenue, because you cannot claim to be alleviating the sufferings of the people, yet you turn back to take whatever you must have given to them.”

The idea to go ahead with the passage of the bill, despite earlier resistance, may have pitted the telecoms firms against Shittu.

According to the telcos, the feeling is that Shittu has done little or nothing to stop the lawmakers from moving to pass the bill.

Another telecoms employee, who spoke on condition of anonymity, said, “If the minister, despite our pleas for understanding, could still remain calm, even in the midst of the hardship being experienced by Nigerians (subscribers), then it is obvious that he (the minister) has got nothing to offer the country.