Muslim Mum, Sent Off French Beach By Cops And Fined For Wearing A Headscarf (Photos)


Four cops stood over the middle aged woman, who had been quietly sunbathing on the Promenade des Anglais in Nice, just yards away from the scene of the Bastille Day lorry attack, and made her remove a modesty garment on the spot. 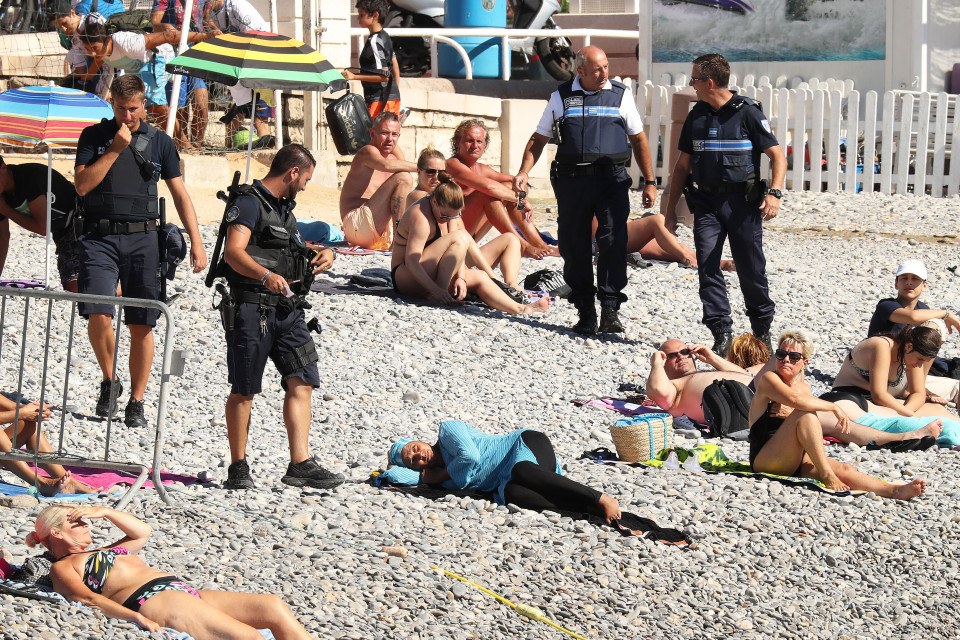 It is understood she was given a warning about how to dress on the beach and given a fine.

Just hours earlier three armed cops pointed a pepper spray canister in the face of a 34-year-old mum in Cannes and told her she was in breach of a new rule outlawing swimming costumes that cover the entire body. 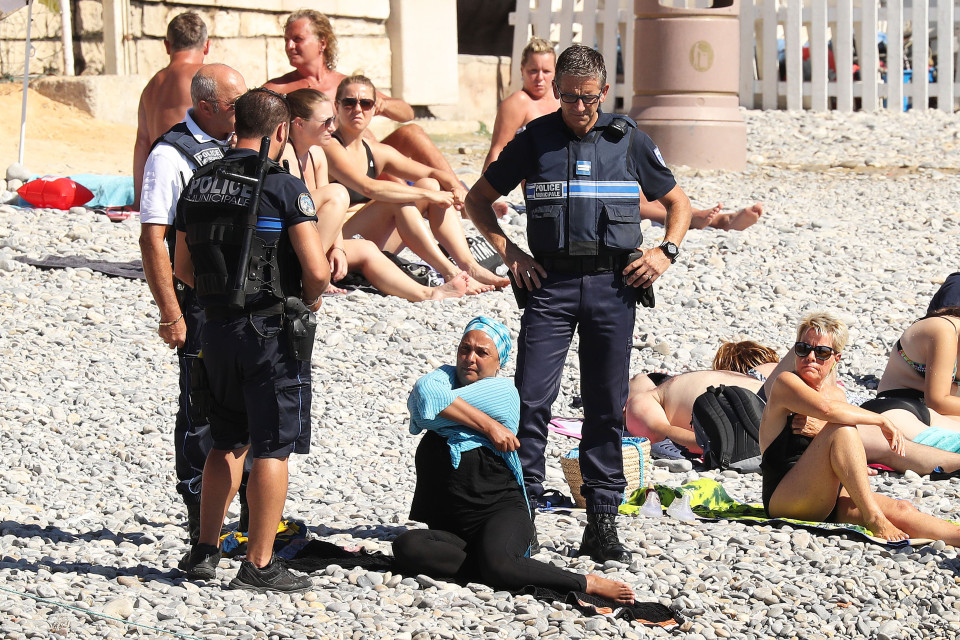 She said the “racist” officers simply wanted to humiliate her in front of her children and other family members, even though she was not even wearing a Burkini. 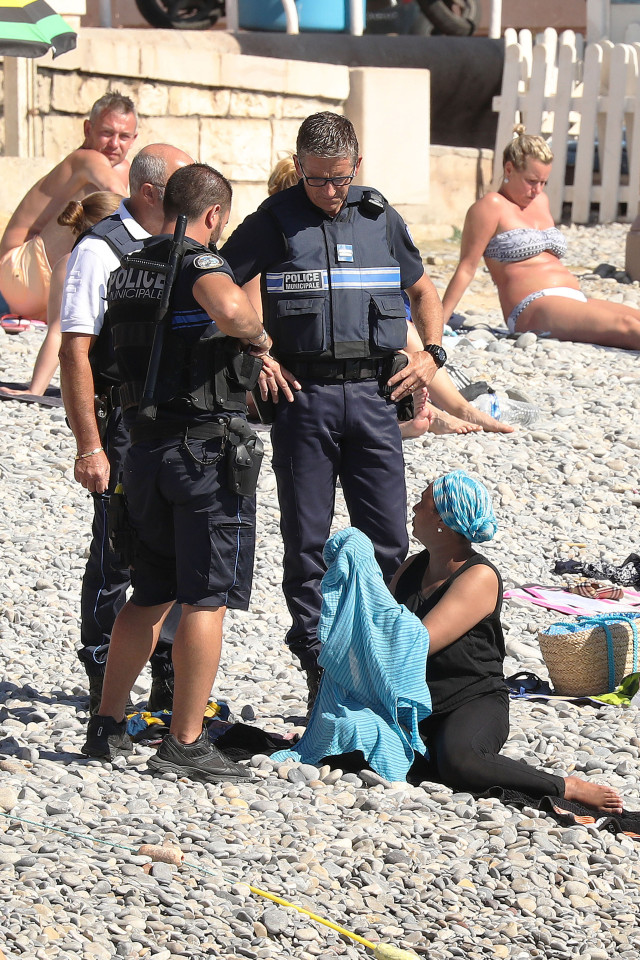 Identified only as Siam, the mother is a former air-hostess from Toulouse whose family members have been French citizens for at least three generations. 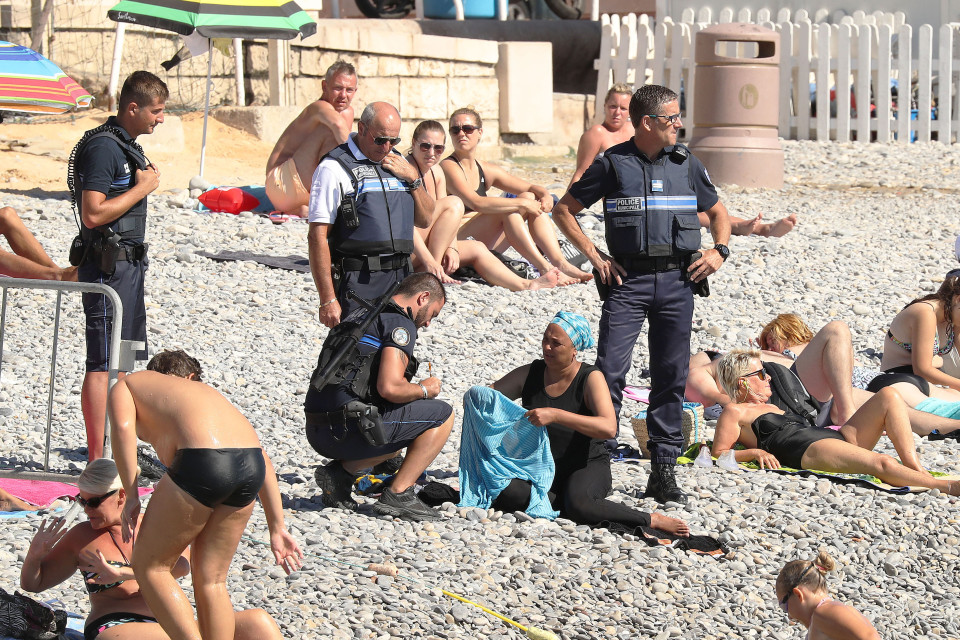 Siam, who was wearing leggings, a top, and a headscarf at the time, said: “I wasn’t even planning to swim, just to dip my feet.” 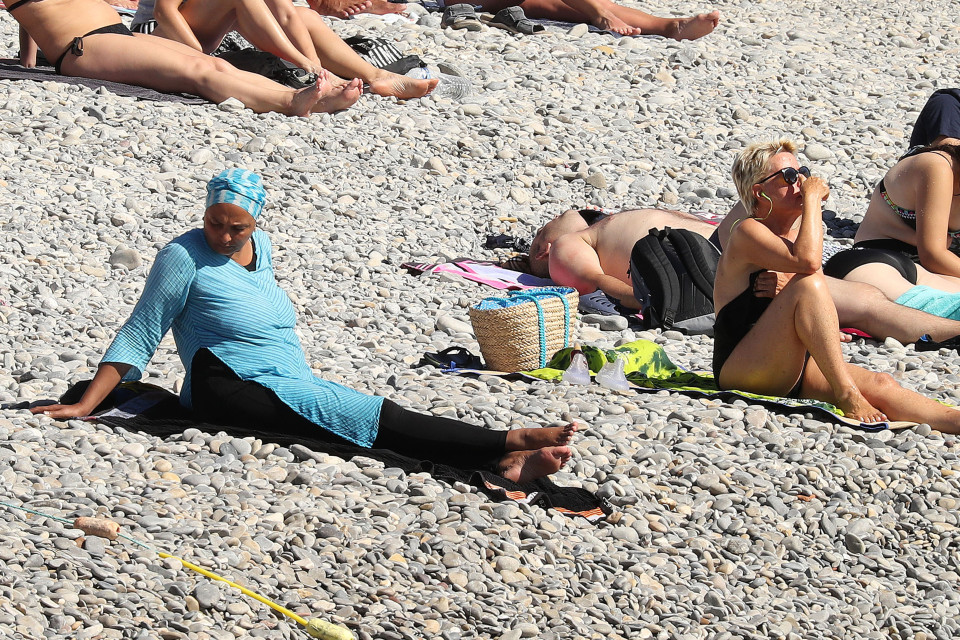 All of the items of clothing made Siam feel comfortable, and meant she was not exposed to the afternoon sun.

What she was not fully aware of, however, was that Cannes was one of a small number of towns that have banned the Burkini for its alleged links to terrorism. 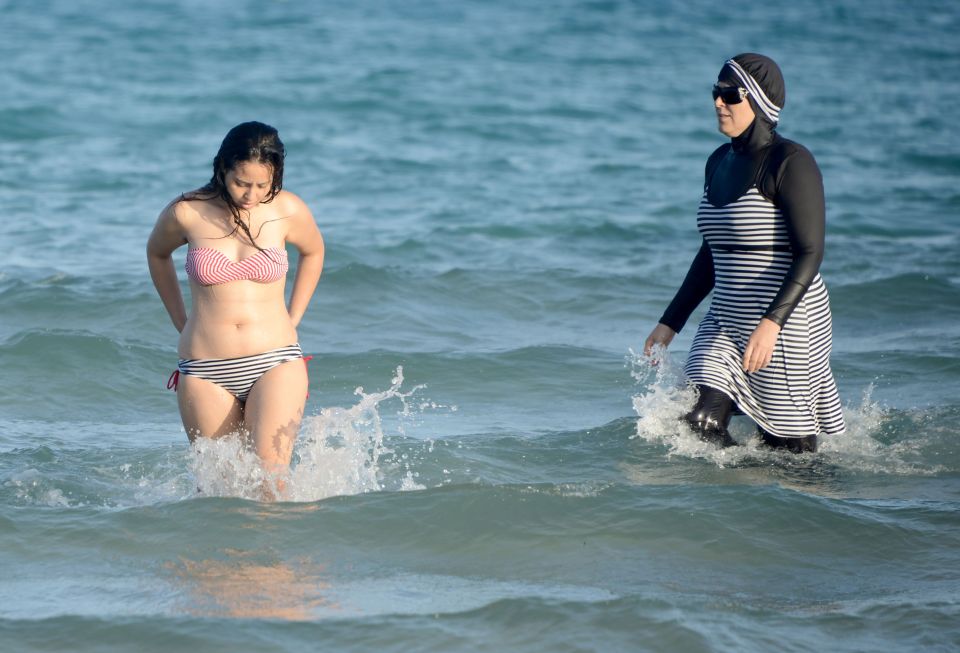 The beachwear does not cover the face either, and is worn by non-Muslims who want protection from the sun, but critics claim it is provocative.

When asked why she was dressed “inappropriately”, Sian replied: “I didn’t know exactly what was going on, I hadn’t really followed the controversy.”

People then started shouting insults at Siam, telling her she was not welcome in France, and that she should “go home”.

Ms Cusin said: “It was pretty violent. I had the impression of a pack going after a woman sitting on the ground, crying with her daughter.”

Siam accepted an on-the-spot fine of around £9 and her details were recorded on what will amount to a criminal record.

She said: “Today we are not allowed on the beach. Tomorrow, the street? Tomorrow, we’ll be forbidden from practising our religion at all?

“I’m in the country of human rights. I see no trace of the principles of liberty, equality and fraternity. I am outraged that this could happen in France.”

Mr Lisnard said all “beach dress that ostentatiously shows a religious affiliation” was unwelcome at a time when France was a target for Islamic State.

He said any dress that might be linked with the terrorist group was offensive and risked provoking people, so risking public order.