Sheriff Oyewole, who allegedly got a family friend’s daughter drunk at a party and raped her, was yesterday sentenced to 19 years imprisonment by a Lagos magistrate, Mrs Kikelomo Ayeye. 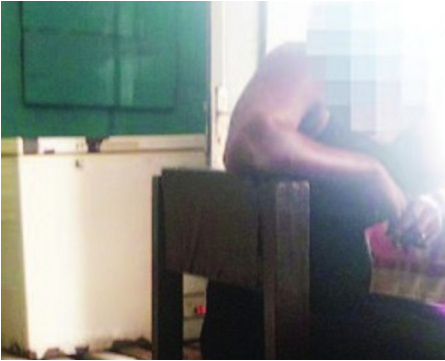 According to the court, the convict was found guilty of offences of rape and assault, leveled against him for having canal knowledge of the lady, whom he had known for 10 years.

The incident, according to the prosecution, occurred last week in a hotel in Yaba area of Lagos. The defendant was said to have lured the lady to the hotel after getting her drunk at a party and stripped her naked, recorded her nudity and threatened to release the video on social media if she refused to have sex with him. Apart from these, he was said to have also soaked her cloth after the incident, while he returned the wet clothes and kept the panties in a bag. He, thereafter, escorted her to her mummy’s shop around 10p.m.

On sighting her daughter, according to the evidence before the court, her mother was curious, but the victim told the court that out of fear she lied that she had a scuffle with her friends at the party. However, her mother, who was not convinced, put pressure on her, after which she narrated the incident to the mother. But the convict, knowing the game was up, took to his heels and was apprehended by neighbours. The convict, it was gathered, threw the bag containing the victim’s bag, panties and the phone which he used to record her nudity to the girl.

In his defence, Sheriff Oyewole claimed that the victim is his girlfriend of three years and that night they had mutual sex, as usual. Chief Magistrate Ayeye held that a case of rape had been established beyond reasonable doubt.

According to her, sexual consent cannot be proved through duress, intimidation or under the influence of alcohol even when the parties are lovers. During the trial, the hotel attendants testified that they heard noises from the room, rushed there only to see the complainant and the convict on their way out.

They also testified that the complainant’s dress and bed sheet were wet; which made them preserve the room in case the action results in police investigation. Ayeye, in her judgment, said sex was only lawful within the confines of marriage.