I Wash Plates, Sweep In My House - Actor Zack Orji 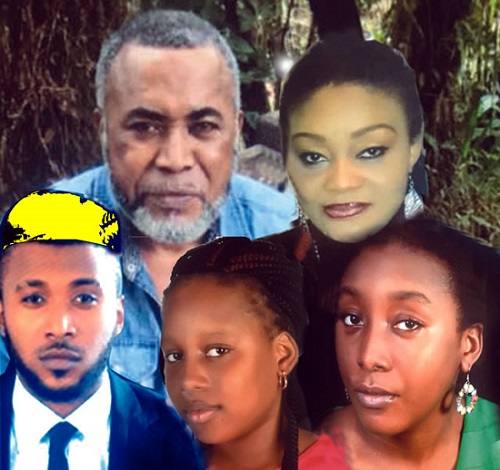 Veteran actor, director, producer and film-maker, Zack Orji, talks about his experiences as a father with Gbenga Adeniji.

How would you describe fatherhood?

I would describe fatherhood as being a father in all expectations of the word; being a father to one’s children not only by words but also by deeds..

I have discovered over the years that action speaks louder than words. Most of the things I have done over the years were things I learnt as a child. Things that I watched my father do; not as much as the things he said but the things I saw him do. I discovered too that parents must be careful in training their children not only by what they tell them to do but the actions they take in the presence of their children. This made me to realise that fatherhood is not an easy thing because one cannot be on one’s guard always. One cannot change who one is in one’s home. If one is a general in the army, one cannot be a general to one’s children at home. One must be a father to them.

What year did you become a father?I became a father two years after marriage in 1991.

What can you say have been your challenges as a father?One of my biggest challenges as a father is spending enough and quality time with my children. Owing to the nature of my work, I travel a lot within and outside the country. I go out to work and also socialise with other people. Some of these times, I wished I were with my family.  I have discovered that I cannot be with them most of time I wished to be with them because of the exigencies of my work.

Were you in the hospital with your wife when she was delivered of her first child?By the grace of God, I was with her at the time until the doctor told me to go home to get some of the things the baby would need. It was about 30 minutes after I left the hospital that she put to bed. I was in the hospital with her during the birth of my two other children who are girls. But I did not witness the birth of our first child who is a boy as I had to go home to prepare things for the baby as instructed.

Did you nurse any fears prior to your becoming a father?No, I did not. I was brought up to always take things in my stride. Whatever comes, I believe that I have enough grace from God to take care of it. Fear is part of the human nature but one learns to overcome it by trusting God. He gives one the grace to overcome it.

Apart from providing for your children, what other way have you been able to discharge your fatherly role to them?I believe I am a good example to them. They are free with me. We discuss and talk as friends. I always tell them to tell me anything and not be afraid. This has made them feel relaxed to tell me anything. Anytime I am not around and they need anything, they do not hesitate to call me.

Are you saying the Zack Orji who cuts the picture of a disciplinarian in movies is different from Zack Orji the father?Yes, I am a disciplinarian. I am free with my children at home, but they know that it does not give them the freedom to do whatever they like. We are good friends. But they are also careful not to cross the line. I have never raised a hand to any of them.

How do you discipline them whenever they act up?I speak to them. I have never found the need to use the rod on any of my children. I count myself very blessed because I have children who respect and love me. They listen to me whenever I talk to them. Even my son, Lionel, when he was studying abroad would call to tell me if he got an invitation to any event. I would only tell him to attend it but to be careful.

Your son is into music. Would it be right to say his interest in the entertainment industry was influenced by you since it is also your industry?Possibly, but then a lion can only beget a lion. When he completed secondary education, I asked him what he wanted to do and he said ‘media.’ Eventually, he studied Media with Television at the University of Bradford, United Kingdom. He should be going for a master’s degree programme soon.

What legacy do you wish to leave for your children and the society?I do not know about legacy. But I know that my life, work and lifestyle have influenced many people. I believe that is the essence of living. God created us to impact positively on others; to empower others and make them realise their dreams. Anybody who lived in a way that his or her life did not impact positively on others either knowingly or unknowingly lived a wasted life.

What values did you learn from your father which you are passing on to your children?My father died in 1983. I was in final year in the university at the time. I got my diction and orientation from my father. He was more handsome than I am. He worked with John Holt as a clerk. He was careful about his speech. Most times, he would pronounce some big words and ask us to search for their meanings in the dictionary. My father was also fashionable in the way he dressed. He would dress and ask us to appraise his dressing. If we dressed in a way he did not like, he would look at the person and say, ‘You dressed like a bush man.’ My father was also a staunch Christian. I have recollections of how he would wake up at night and say warfare prayers. He was also fair-minded and a strict disciplinarian. He also spoke to us using popular sayings such as ‘punctuality is the soul of business.’ All these I imbibed from my father.

Did you assist your wife to do domestic chores before your children became adults?  I did domestic chores and I still do. In fact, my son slept on my chest the day they returned from the hospital. For me, a man should be willing to do housework because it is his house.I wash the dishes sometimes. It is not about showing love for one’s wife or one’s family. I just believe that since it is my house, it is something I should do. Also, when the children see such a thing, they will endeavour to emulate it. It will become a habit. Sometimes, whenever my children are reading, I will pack my plates myself to the kitchen after eating rather than disturb their reading. We have no house maids. My children sweep, cook and do other house chores. There are no cut-out roles for my wife or anybody in my house. There is no rule that says my wife must cook or do other things. I wash the toilet sometimes since everything one needs to clean the toilet is there.

What biggest gift have you given your children?I set target for them that if they pass an examination for example, I will give the person a certain amount. It is a way of encouraging them to remain focused. I must tell you that it has been productive.

Did you have preference for a particular gender before the arrival of your first child?No, I did not. Let me tell you this. About six months before my wife gave birth, the scan showed that it was a girl. So, we bought baby things for a female child. When I brought the baby things to the hospital, I was congratulated by the nurses. I later learnt that my wife was delivered of a baby boy. The baby had to put on girl’s clothes for the first day.You do not seem to participate more in local movies nowadays. What have you been doing?I have been around; participating in productions both home and abroad. I have a production next month in the US. I have been coping as a father, actor and husband. I also appreciate my wife who has been so supportive of my work. My wife’s name is Ngozi. She is an actor, costume designer and a gospel artiste.

How do you cope with female fans?Being a celebrity does not give one a licence to misbehave. I try to be friends with everyone even when it is not convenient for me. But because of the nature of my work, one can also say I am a public property. I bend over backwards sometimes to be nice to people. The smile one puts on the face of someone might be what the person needs to brighten up for the day. If one denies the person such, he or she may develop resentment which may last for a long time.

What major advice did you give your children about life?I did not give them a particular advice but I serve as a good example to them by my deeds. I make them copy good habits and exhibit same. I believe that by the grace of God, they will impact positively on their generation.