Lots of people don’t want to see the Obamas leave the White House but it turns out that the First Lady and her daughters are more than ready to move on. 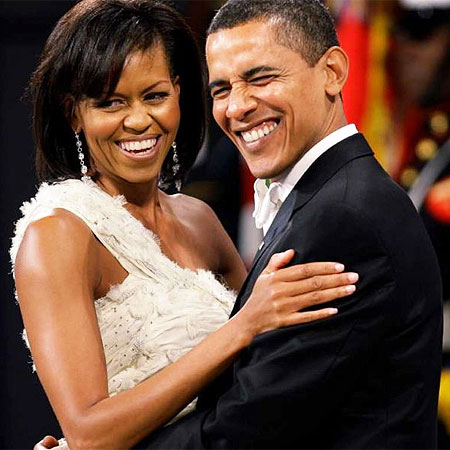 In an interview on “Jimmy Kimmel Live!” Monday, President Barack Obama spoke candidly about his time in office and jokingly revealed that his wife Michelle once gave him a stern warning against him seeking a third term.

“Personally, for me, if I were able to run for a third time, Michelle would divorce me,” Obama joked as the crowd burst into laughter. “So it’s useful that I don’t have that choice to make.”

Obama is legally prohibited from running for the presidency again so Kimmel doubled down and tried his luck to at least keep FLOTUS around.

“I know you have to leave, but can we keep her for another four years?” Kimmel joked. Sadly, Obama explained that FLOTUS simply isn’t interesting in signing another lease on the White House.

“Michelle is spectacular but she was never wild about politics,” Obama said. “Michelle once explained to me: ‘I try to organize my life not to have a lot of mess around and politics is just a big mess.’”

It turns out that Michelle isn’t the only Obama ready to exercise more freedom. Their daughters Sasha and Malia are also on board with mom.

“All the women in my life are looking forward to being able to live a more normal life,” Obama admitted.

After the presidency, Obama said the family will stay in Washington D.C. where Sasha is currently enrolled as a sophomore high school student.

As for him, well... Obama told us all not to be surprised if you see him hanging around at the local bar: “I’m like the old guy at the bar where you went to high school,” Obama said. “Just kind of hanging around who still thinks he’s cool.”