A man who has been parading himself as a female sex worker and robbing men at night clubs has been arrested in Kenya. 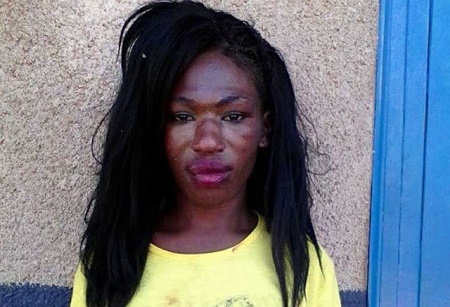 According to reports, the man, who has been referring to himself as ‘Grace’, has been stealing from men in clubs after seducing them.

However, his luck ran out after a man who paid for his services at a local bar had taken the alleged prostitute to a hotel room for fun only to discover the prostitute was not a woman.

‘Grace’ had won a wig and make up and walked with a woman’s gait before his cover was blown open. A mob had attempted to lynch him before he was rescued by the police and has been staying there for his own safety.